A small time pot-dealer takes a reluctant cross country with an over-anxious teenage neighbor, when he mistakingly believes he’s being chased by bad guys, which turn out to be his buddy’s dad. 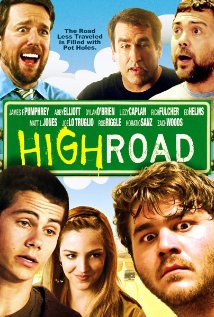