Led by Major John Cafferty, a squad of US soldiers are sent on a mission, deep into the mountainous regions of Afghanistan with orders to extract a mysterious top secret package. Now they are back home in a military hospital because they have no memory of what happened to them, or even who they are. In time, they start to recall the strange events that occurred: apparitions that appeared, luring some of them to their deaths and readings of a powerful electromagnetic energy from a strange unearthly power source. But there is no time to dwell on the past, they need to face the bitter truth about how they ended up in Afghanistan to begin with and the betrayals that wiped out their minds and nearly destroyed their lives. 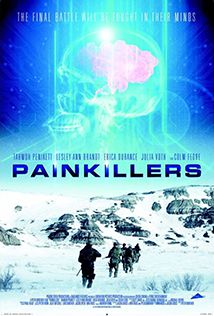