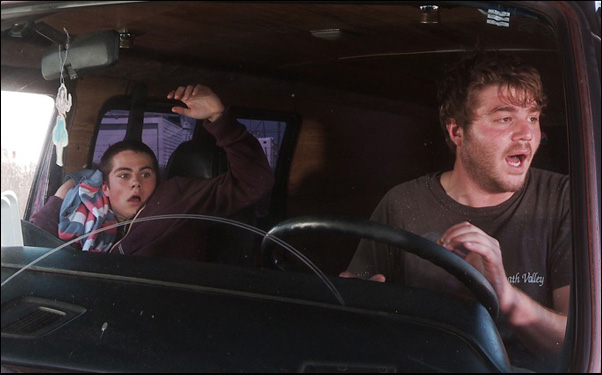 No one could legally take the Upright Citizens Brigade co-founder and Todd Phillips regular up on his offer, as the Neptune Theater doesn’t serve alcohol, but if they did, they’d be well past the legal limit about five minutes into Walsh’s directorial debut “High Road.” A comedy that Walsh admitted featured only one actor who wasn’t a good friend beforehand, the film surrounds its central character Fitz (James Pumphrey) with a cast of Ed Helms, Abby Elliott, “The Office”‘s Zach Woods, Lizzy Caplan, Joe Lo Truglio and Rob Riggle.

“Maybe we could make a drinking game out of this,” Matt Walsh told the crowd at the Seattle Film Festival. “Every time you see a comedian onscreen you like, drink a beer.”

This article first appeared on IFC